Tania Maxwell Clements attained a BA in Music Performance (Viola) and a Certificate of Post-Graduate Studies (Viola Performance) from the Royal Scottish Academy of Music and Drama (RSAMD) where she studied viola with James Durrant. During her studies at the RSAMD she won the prestigious Watson Forbes Prize for Viola Playing and the Viola Challenge Prize. Her studies continued in Switzerland at the International Menuhin Music Academy (IMMA) for two consecutive years, working intensively with Alberto Lysy and Johannes Eskar. During this time she performed regularly in master classes given by Sir Yehudi Menuhin and artists such as Igor Oistrakh and Donald McInnes. She was principal viola and soloist with the Camerata Lysy and performed as soloist at the Menuhin Festival, Gstaad and at festivals in France, Spain, Germany, the Netherlands, Italy and Wales.

Upon leaving the IMMA, Tania was invited to become a founding member of the Seville Symphony Orchestra in Spain and from there was invited to join the BBC Philharmonic Orchestra in Manchester, England as Assistant Principal Viola. Whilst working with the BBC, Tania also held the principal viola position with the Northern Symphony Orchestra and was invited to perform as guest principal with the Halle Orchestra and the Royal Liverpool Philharmonic Orchestra. During this time she was also a founding member of the Wralle flute, viola and harp Trio and the Puligny String Quartet.

Tania joined the faculty of Georgia State University in 1998. Since arriving in Atlanta she has appeared as a concerto soloist both at GSU and elsewhere, gives frequent recitals and performs regularly with Georgia State faculty (Musica da Camera). She is also principal viola with the Chamber Orchestra of Tennessee and the North Georgia Symphony.

Over the years she has performed with many other orchestras including the BBC Scottish Symphony Orchestra, the Royal Scottish Orchestra (formerly the SNO), the BP Scottish Ensemble, the Scottish Opera Orchestra, the City of Birmingham Symphony Orchestra, the East of England Orchestra and the Royal Festival Orchestra. She has played at some of the world’s most prestigious venues including Covent Garden and the Royal Albert Hall in London, the Philharmonie in Berlin, Boston’s Symphony Hall, New York’s Lincoln Center, La Scala Milan in Itay, the Musikverein in Vienna and Prague’s Dvorak Hall. Since moving to Atlanta in 1998, she has performed with the Atlanta Symphony, Charleston Symphony, Columbus Symphony and Macon Symphony orchestras, the Atlanta Chamber Players, the Kopec String Quartet, Musica da Camera and the Lyra String Quartet.

Tania has a prolific recording career and appears on almost one hundred CD’s covering orchestral, solo and chamber repertoire. Upcoming projects include a CD of solo viola, piano and chamber works by Atlanta composer Nickitas J. Demos as well as two concertos specially commissioned for her. She is a strong supporter of new music for the viola and has personally commissioned many new works for her instrument.

Tania Maxwell Clements is also a master teacher. Before moving to Atlanta she taught orchestral techniques at Chethams School of Music (a Yehudi Menuhin School) and the Royal Northern College of Music and has also taught at the Junior Department of the RSAMD. In Atlanta, Tania is Adjunct Professor of Music (Viola and Violin) at Georgia State University. 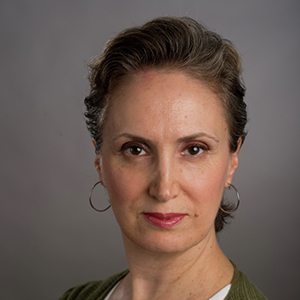