Born in Kent in the UK in 1985, Oliver Brett was educated as a music and academic scholar at Tonbridge School and then as organ scholar of King’s College, Cambridge from where he graduated in 2007 with a BA in music and subsequently an MA in 2011.  Since then, he has held positions at Westminster Cathedral, Durham Cathedral, and St Mary’s Cathedral, Sydney.

He currently serves as associate organist and choirmaster at Peachtree Road United Methodist Church in Atlanta, GA and is also an artist affiliate for service playing and improvisation at Georgia State University.  He moved to Atlanta in August 2019 after studied for his doctorate in organ performance and literature with David Higgs at the Eastman School of Music in Rochester NY. His former organ and harpsichord teachers have included Sarah Baldock, Thomas Trotter, David Sanger, David Briggs, Dame Gillian Weir, Edoardo Bellotti, and William Porter.  In October 2017, Oliver was awarded second prize and the Royal Canadian College of Organists’ Prize at the Canadian International Organ Competition.  In 2019, he was a prize winner at the Tariverdiev International Organ Competition in Kaliningrad, Russia.

As a recitalist, Oliver has performed across five continents. Whilst organ scholar of King’s College, Cambridge, he was heard by millions worldwide when he played for the 2006 Festival of Nine Lessons and Carols. He has performed in venues such as the Concertgebouw, Amsterdam; the Royal Albert Hall, London; the Seoul Arts Centre in South Korea; the Esplanade Concert Hall in Singapore; the Istanbul International Music Festival; concerts in Scandinavia and the Baltic States.

As a solo concert artist, highlights have included performances at the Festival of Sacred Music in Ecuador and in venues across the USA.  In the UK, he has given recitals at Westminster Abbey, St Albans Abbey, Lichfield Cathedral, Westminster Cathedral, Truro Cathedral, and at Worcester Cathedral as part of the Three Choirs Festival. In Australia, he has given recitals in Melbourne, Perth, Hobart, Adelaide, and Sydney, including at Sydney Town Hall, collaborating frequently with David Elton (currently principal trumpeter of the London

Symphony Orchestra). He has performed with orchestras such as the Philharmonia, Britten Sinfonia, Florilegium, the Armonico Consort and the Academy of Ancient Music. 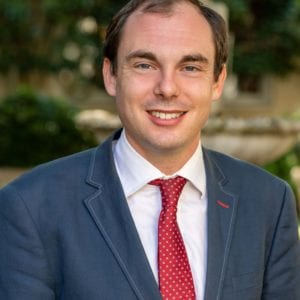