Michael Palmer has long been considered one of this country’s finest conductors. In addition to appearances in the United States, he has also appeared in Europe as a guest conductor in Austria and Poland, where his performances have brought him critical acclaim. Mr. Palmer began his career at age 21, when he came to the Atlanta Symphony Orchestra as assistant conductor at the invitation of Robert Shaw. He was soon made associate conductor, and also founded and was music director of the Atlanta Symphony Youth Orchestra. While in Atlanta, Michael Palmer was honored as one of five of the first conductors in the United States chosen by the National Endowment for the Arts to be Exxon Arts Endowment Conductor, and he was soon in demand with orchestras throughout the country. While continuing in his post in Atlanta, he was appointed guest conductor of the Houston Symphony Orchestra for a three-year period. He also worked extensively with the National Symphony Orchestra during this period, and he was, subsequently, named co-principal guest conductor of the Denver Symphony Orchestra.

After 10 years in Atlanta as associate conductor, Mr. Palmer accepted the appointment as music director of the Wichita Symphony Orchestra. Throughout his 13-year tenure, he developed the Orchestra to a high artistic level. Following his tenure in Wichita, Michael Palmer became music director of the New Haven Symphony Orchestra. In New Haven, he was recognized widely for his artistic accomplishments and for building the Orchestra to one of the finest of its kind in the nation.

In 1993, Michael Palmer became artistic director of the Bellingham Festival of Music. Under his artistic leadership, the Festival has become internationally recognized for its artistry. Festival concerts are heard across the nation on NPR and feature some of the finest orchestral musicians and major guest artists from the United States and abroad. He is also the artistic director of the Quartz Mountain Music Festival’s orchestral institute.

His recordings include an all-Mendelssohn disc for Summit Records and the Five Beethoven Piano Concerti with pianist Garrick Ohlsson on the Natural Soundfields label. Mr. Palmer may also be heard with the Rochester Philharmonic on the New World label.

Mr. Palmer joined the Georgia State University School of Music faculty as director of orchestras in August 2004, after serving in the same capacity at Wichita State University. In 2006, he was appointed as the Charles Thomas Wurm Distinguished Professor of Orchestral Studies. 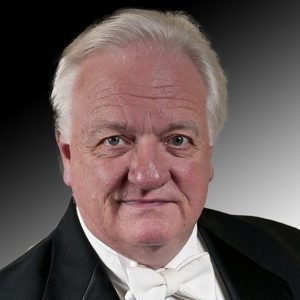