Marva Griffin Carter is an Associate Professor of Music History and Literature in the School of Music at Georgia State University. She teaches courses in the historical periods of Western art music, world music, and basic improvisation. Dr. Carter has earned degrees from Boston Conservatory and New England Conservatory of Music in applied piano, and from Boston University and the University of Illinois at Urbana in musicology. While at the New England Conservatory of Music, Carter heard musicologist Eileen Southern lecture from her bestselling book, “Black American Music: A History” and was recruited by her to become a musicologist, concentrating on African Americans. She, subsequently, took Southern’s course in African American music at Harvard. While studying for her Ph.D. work at the University of Illinois at Urbana, Carter also studied ethnomusicology with Bruno Nettl and jazz history with Lawrence Gushee.

Dr. Carter served as an organist for a decade at the historic Ebenezer Baptist Church in Atlanta. She has lectured at national and international musicological meetings and has published articles in journals, dictionaries and encyclopedias concerning the music of African Americans. Her research interests include the music of the black church, the history of jazz, and African retentions in the music of the New World. Currently, she is completing a musical biography of Will Marion Cook for Oxford University Press. He was a pioneer composer of black musical comedies on Broadway at the turn of the twentieth century and mentor to Duke Ellington.

Dr. Carter was recently interviewed by Terry Gross on National Public Radio’s “Fresh Air” in a program which featured Will Marion Cook’s life and music.

Most recently, Carter published an article in “Colloquy: Shadow Culture Narratives: Race, Gender, and American Music Historiography” in the Journal of the American Musicological Society, Fall 2020.

She is also the author of the biography, Swing Along: The Musical Life of Will Marion Cook — a pioneer composer of Broadway Black musical comedies at the turn of the twentieth century (Oxford University Press).

Dr. Carter is completing a book for the University of Illinois Press which examines the sacred musical traditions and repertoire of Atlanta’s historic Ebenezer Baptist Church, where Carter was organist for a decade. 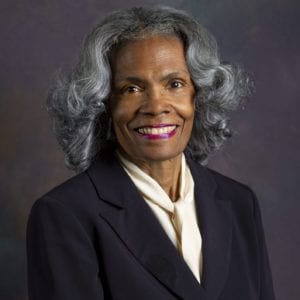