Mark McFarland received his Ph.D. in music theory from the University of California at Santa Barbara, where he studied with Pieter van den Toorn. He also studied at the Université François-Rabelais de Tours with the late Jean-Michel Vaccaro. He is a former president of the South Central Chapter of the Society for Music Theory.

Dr. McFarland is the recipient of both a GSU Research Initiation Grant and a School of Music Summer Research Grant, both of which allowed him to conduct archival research on Stravinsky at the Paul Sacher Stiftung in Basel, Switzerland. The results of these research trips appear as articles in recent issues of the journals Studi Musicali and La Revue de Musicologie.

Dr. McFarland recently presented a paper at the West Coast Conference of Music Theory and Analysis’ Steve Larson Memorial Conference held at the University of Oregon at Eugene. This paper was published under the title “Schenker and the Tonal Jazz Repertory: A Response to Martin” in the Festschrift honoring Steve Larson in Music Theory Online. He also presented a paper at the international conference «L’héritage de Claude Debussy: du rêve pour les générations futures» held at the Université de Montréal that celebrated the 150 birth year of the composer. His paper will be published in the forthcoming proceedings of this conference. He also presented his paper “Stravinsky as Analyst: The Firebird and Petrushka” at the international conference “Rethinking Stravinsky” at the Università degli Studi di Salerno. This paper will be published in the proceedings of the conference, to appear in an upcoming volume of the Speculum Musicæ series. His next conference paper will be “Musical Masks in Pre-World War I Paris,” to be presented at the conference Music and War in Europe from the Napoleonic Era to WWI in Lucca, Italy, in November.

A horn player, Dr. McFarland studied with Jim Thatcher, published an interview with his former teacher in The Horn Call, and can be heard on the upcoming Centaurcompact disc of chamber works by Robert Muczynski. Click here to hear the third movement from the brass trio “Voyage,” op. 27.

Prior to his arrival at Georgia State University, Dr. McFarland taught at theUniversity of Massachusetts at Amherst, Southeastern Louisiana University (alma mater of jazz legend Bill Evans) and the University of North Texas. 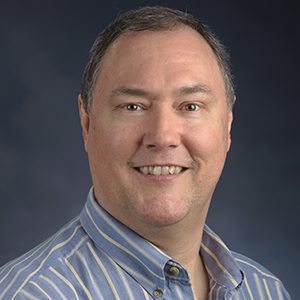