A native of Atlanta, Georgia, Al Thrash has over 20 years of experience working in the music and entertainment business.  He started his career as a college marketing representative with BMG Distribution.  Upon graduating, he landed a full-time position in Atlanta, and later Nashville, TN, handling sales and marketing duties for some of BMG’s biggest artists including Outkast, Britney Spears, Whitney Houston, Dave Matthews Band, and Usher.  After 7 years with the company, he left to pursue his own dreams of entrepreneurship, and partnered with a college friend to launch a music consulting company, Own Music LLC.  They were successful in creating events and securing endorsements for music artists with brands such as Coca Cola, Adidas, T Mobile, Essence Music Festival and Miller Coors.

In 2008, Mr. Thrash joined Thirty Tigers, one of the premiere music distribution companies in the industry, and is currently employed as a Project Manager.  Thirty Tigers has helped to foster success stories for a number of artists including Carlos Santana, Lupe Fiasco, Aaron Watson, Jason Isbell and CeCe Winans.   In 2011, he developed curriculum and began teaching music business courses at Morehouse College, and later taught similar courses at Spelman College, and Agnes Scott College in Atlanta.   Mr. Thrash holds an MBA from Clark Atlanta University, and a B.A. in Business Administration from Morehouse College. 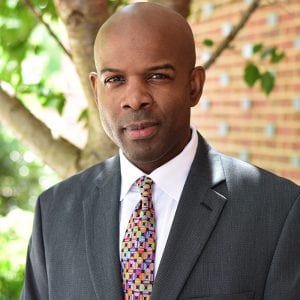